#MyCityofTomorrow is a research project, with the aim to collect inputs and thoughts of experts of the scientific community, innovators, start-ups, citizens, to investigate and imagine together new scenarios for cities and territories of tomorrow.

The health emergency, social distancing, the lockdown, if on one hand highlighted new and old problems in the organization and operations of urban systems, on the other hand stimulated an unprecedented individual and collective response to multiple needs, redefining spaces, times and rituals of everyday life. Which lessons for the future can we all learn from these conditions, to counteract or mitigate critical effects and enhance the most innovative experiences?

The topics of discussion, strongly interrelated one with the other, stimulate debate on some of the main implications which the spread of Covid-19 and its containment measures are bringing – and will bring – to ways of living, moving, relate, work, live in cities and in territories.

During these weeks we are revolutionizing our way of living domestic space and organizing our pace of life between work, family and free time: houses become multi-functional containers where we replicate social dynamics, usual feature of public places.
Social distancing has led to rediscover the value of proximity in the neighbourhood scale: windows, balconies, common courtyards are back to being places of social relation.
At the same time, crisis highlights with greater emphasis the conditions of fragility of broad sections of population, bringing “the housing issue” again in question, as well as the need for home care for weaker categories, as a core topic of public policies.

Services for the collectivity

The emergengy situation imposes a general rethinking on the functioning of public service, driving us to think on which are the priorities for a new urban welfare, starting from the implementation of territorial medical facilities and infrastructures.
Dematerialization and remotization of many administrative functions, and on the other hand the spontaneous development of cooperation networks and tools on a local scale, bring into play technological and social innovation as key factors for the re-organization of services.
The possibility of providing remote service involved the education and cultural sectors with unprecedented power, schools, universities, museums, cultural activities in general: now it is time to think on how we can make the most of these experiences to make these sectors more resilient and accessible to all.

Another topic is how to manage emergencies, which, in different ways and impact, happen with increasing frequency in our country and in the world. The need for a territorial planning oriented to prevent “predictable” risks (sismic, hydrogeological, etc) and the availability of functionally flexible areas and structures in territories – based on the size of settlements, which can be equipped if necessary for functions of civil protection – can no longer be postponed.

Deserted city squares and closed parks, and at the same time, the growing use of social media are highlighting potential and constraints of the latter in replacing physical public space for our needs of social life. On the other hand, it is becoming clear how stable and secure internet access is a requirement, not less important than the availability of quality public space, to ensure fair “citizenship” conditions between different territorial areas.
Previous experiences of civic use of commons can maybe represent a model which can be replicated, with low cost and high social value, to broaden the offer of public space subject to self-management community dynamics.

The impact which virus containment measures hare having – and will continue to have for an undefined time – on urban and territorial-scale mobility is enormous. Its sustainable re-organization, since long time considered essential to reduce traffic congestion and pollution mainly coming from the use of private means of transport for every kind of moving, will now have to measure with an unprecedented scenario.

The health emergency interrelates with the topics of environmental threats and climate crisis which, until a few weeks ago, were at the centre of the debate on the future of our planet and humanity.
There are studies which suggest a correlation between air pollution and higher values of spread-rates of contamination. In any case, the benefic effects in the biosphere after the forced closure of many productive activities and the sudden reduction of transports highlight contradictions in the development model which until now was considered “normality”.
The “re-building” of economies, prostraded by the pandemic, will have to be considered as an opportunity to reset production systems and supply chains, on a national and local scale, based on more environmentally sustainable criterias.

The working world is the sector destined to suffer most from backlash consequences of the pandemic, whose effects are occurring, in different ways, in every sector: in agriculture, in farming and in every food supply chain, whose strategic value is strengthening in satisfying the needs of the population even in times of crisis; in other activities of the secondary industry, whose recovery after lockdown will have to deal with a completely changed market as well as the necessity to adapt work environments to new safety standards; in the service sector, whose re-organization will necessary go through the consolidation of the practice of smart working, experimented in various ways during the lockdown.
We also call into question what will be the consequences on the long run on distribution of supplies and on consumer habits, between e-commerce, media and big distribution, and local shops: the latter category seemed to be on its way to disappear but in this situation proved to be able to play an important complementary role in the commerce system.

The heavy crisis of tourism highlighted the fragility of an economy maybe too dependent on this sector: this topic is particularly important in art cities and in holiday destinations, whose “touristification” received new impulse from the development of sharing economy applied to short-term rentals, with also the very negative effect of expelling local residents. It is a model which we have to re-think in the perspective of economic diversification, protection of residents and cultural resources and – in view of a restart process which will not be short – planning and managements of people flows. In addition, the cultural and event industry will have to perhaps re-invent and re-organize itself in more resilient ways.

From March 24 to April 5, 2020 we asked to share with us the image of the city that each of you would like to live in the future.

The result of the survey was a city that embraces and welcomes nature, equipped with physical and digital infrastructures accessible to all and completed with a network of sustainable transport services. A fair, democratic, inclusive, self-sufficient city, enriched by diversity and specificity, where the well-being of the people comes first. 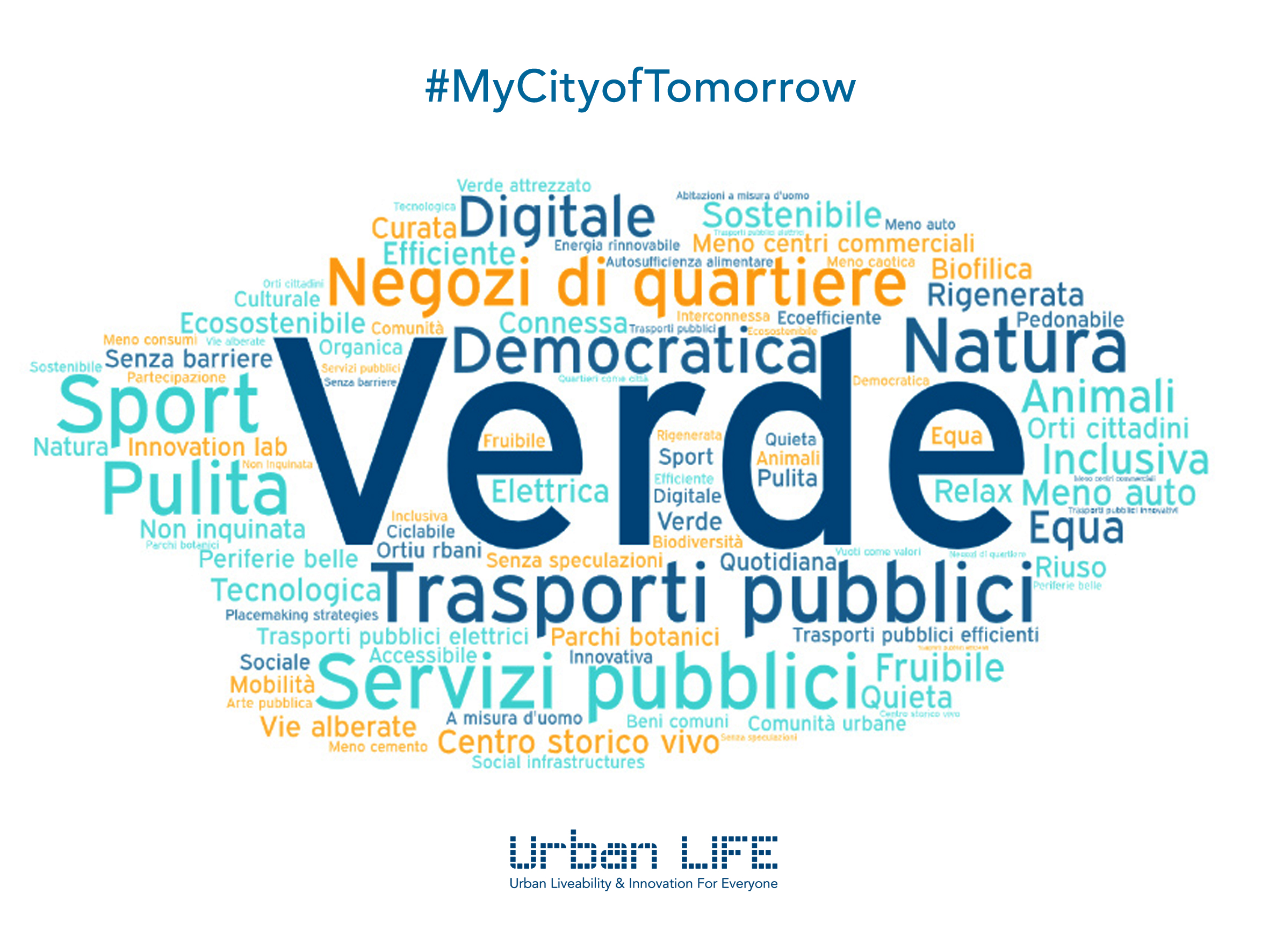 Your contributions have been fundamental to start the next #MyCityofTomorrow initiatives.